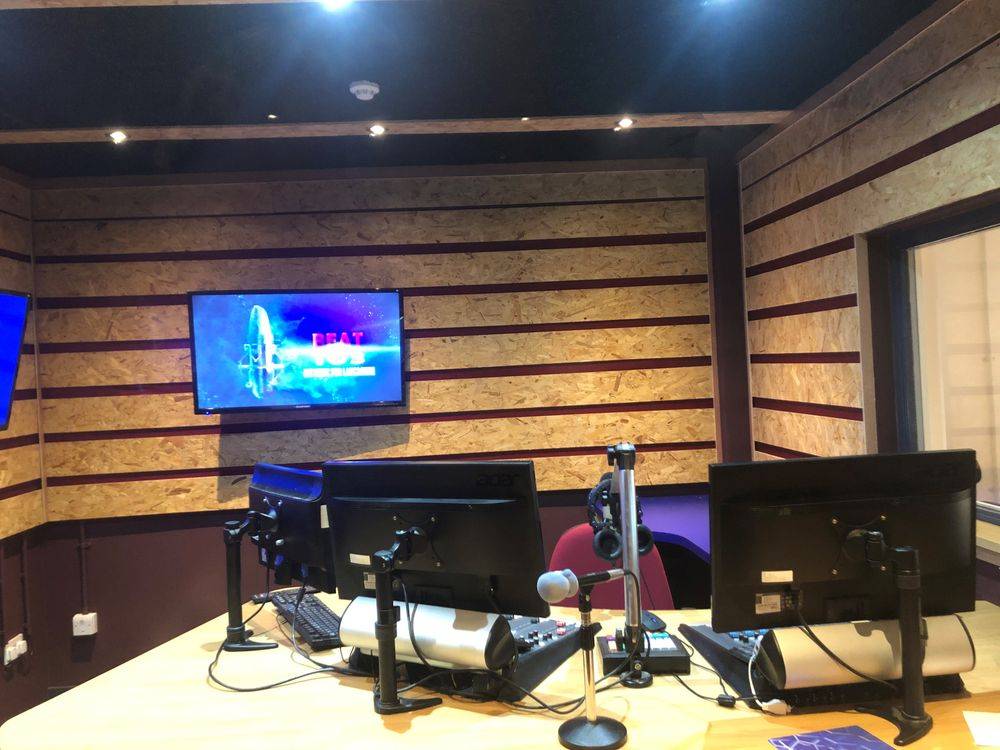 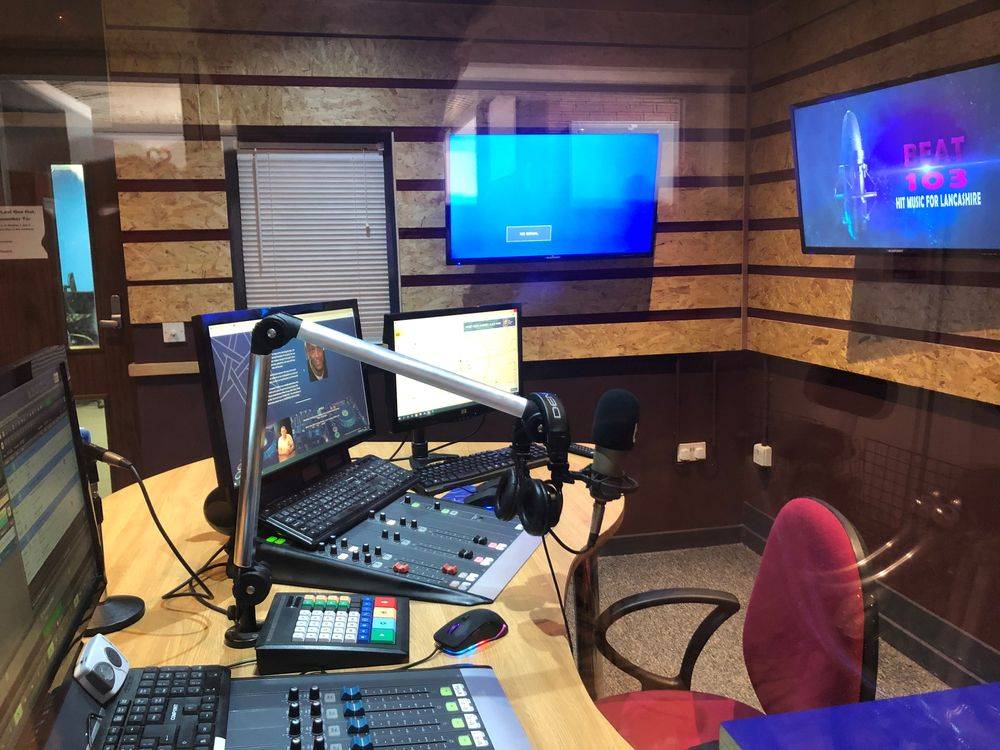 Welcome to BEAT 103, the radio station for Lancashire.  With our host of PRESENTERS to keep you entertained, plus local news, interviews, travel slots, and much more, you are sure to find something to suit your listening tastes with us!

Want to advertise with us here at Beat Radio?  You can have your business logo and details on our ADVERTISE WITH US as several businesses in Preston already have!  For more information visit the Advertise with Us page or you can email: [email protected]  - We look forward to hearing from you!

About Our Home City - Preston!

On the River Ribble, ten miles before it reaches the Irish Sea, Preston is a former market town granted city status in 2002. In the 14th century, Flemish weavers settled in Preston, establishing a textile industry that would power the economy until the mid-20th century.

Sir Richard Arkwright, the man who invented the revolutionary spinning frame in the 1700s, was born right here.

As a burgeoning industrial centre in the 18th and 19th centuries, Preston was furnished with fine squares, cultivated parks and institutions like the Harris Museum.

The Ribble Steam Railway has one of the top locomotive museums in the UK, and St Walburge’s Church has the tallest spire of any parish church in England.

Top things to do include:

Preston’s city museum and art gallery are in a striking Neoclassical hall inaugurated in 1893. The first thing you’ll see when you enter is a Foucault Pendulum, demonstrating the rotation of the earth and also a working clock.

The museum has awesome collections of natural history, textiles, costumes, ceramics and other decorative art. The art gallery is furnished with hundreds of works by luminaries of 20th-century British art like Lucian Freud, Stanley Spencer and Graham Sutherland, and has watercolours by J. M. W. Turner.

As a priority, check out the Poulton Elk, the skeleton of an Ice Age elk, dating back 13,500 years with two barbed points inserted by humans. This is the earliest evidence of human occupation discovered in Lancashire.

Finish with tea at the cafe, which sits in the atrium and has a special view up to the museum’s Egyptian balcony.

Two of the Northwest of England's most refined Victorian Parks, the Avenham and Miller parks are side-by-side, flowing down to the Ribble to the south of Preston railway station. The pair were designed by the prominent Victorian landscape architect Edward Milner in the 1860s and are separated by the embankment for the defunct East Lancashire Railway.

The larger of the two is Avenham Park, which has sprawling lawns, a Japanese Garden and a belvedere pavilion on high ground on the northeast side.

Miller Park is more formal and features a rose garden, intricate flowerbeds and the very refined Derby Walk, ornamented with urns and a balustraded staircase that conducts you down to a fountain and bandstand. Make sure to get down to the river, get a look at the Victorian Railway Viaduct and the open moorland on the opposite bank.

On an industrial estate near the Preston Docks, the Ribble Steam Railway is a combined museum and functioning heritage railway line.

The railway uses a track that laid down for the docks and runs for just over a mile along the Ribble River to Strand Road. In summer you can come for a ride, pulled by vintage steam or diesel locomotive.

These operate on weekends, but also for extended periods during the summer holidays. The visitor centre and museum at Preston Riverside is attached to the workshops, where some sixty locomotives are stored and maintained. This is among the largest collections of steam locomotives in the UK, 13 of which are on display, including five Andrew Barclay 0-4-0STs dating from the first decades of the 20th century.

Preston's Grade I-listed Gothic Revival church went up in the middle of the 19th century and was built by Joseph Hansom.

He also designed the Hansom cab, which revolutionised horse-drawn transport in Victorian times.

St Walburge’s is renowned for having the tallest spire of any parish church in the country, at 94 metres tall.

Not only is it Preston’s most commanding landmark, but it’s also one of the tallest buildings of any kind in the northwest of England.

The interior also has impressive proportions, at 50 metres in length and with a delicately carved hammer-beam roof 25 metres above the floor of the nave.

If you’re keen to know more there are free heritage tours every Saturday between 11:30 and 14:30.

One of the prettiest places in Preston is this Georgian square, intended as a residential quarter for the city’s upper crust at the turn of the 19th century.

Winckley Square is at the heart of a conservation area and is fronted mostly by long terraces of Georgian townhouses, which are especially grand on the north and west borders.

These look onto Winckley Square Gardens, which have flowing lawns, shaded by tall old hardwood trees like birches, willows and limes.

On the east side is a statue of Sir Robert Peel (1852), the Lancashire-born MP, and two-time Prime Minister of the UK, who introduced the concept of modern policing as Home Secretary in 1822.

The Lilywhites, as they’re sometimes known, play at 23,404-capacity Deepdale in the north of the city. This storied ground opened in 1878 and is touted as the oldest continuously used football stadium in the world. Its pitch has been graced by greats like Tom Finney and Bill Shankly, who went on to become one of the most decorated managers of all time.

The Burgesses (freemen of the borough) of Preston where bestowed the right to hold a Guild Merchant (a kind of fair) by King Henry II in 1179. From 1328 this took place every 20 years, and there was an unbroken sequence of celebrations from 1542 to 1922, spoiled only by the Second World War.

For the Guild Merchant in 2012, the city devised a 21-mile greenway, a circular walking and bicycle path linking Preston to the Lancashire countryside and villages.

A good starting point is the Preston Docks on the Ribble to the west of the city centre.

The Cenotaph was unveiled on Market Square in 1926 and its inscription was later revised to include those who perished in the Second World War. The sculpture is the work of Henry Alfred Pegram who belonged to the British New Sculpture movement at the end of the 19th century.

The centrepiece is an image symbolising Victory, holding two wreaths, while at the top of the column is an empty tomb. To underling the Cenotaph’s importance to Preston, the memorial was recently restored at a large expense to mark the centenary of the beginning of the First World War.

Anyone inspired by military history should call in at this museum, which is the largest repository of regimental history in north England. The location is half the appeal, in the active, but soon to be decommissioned Fulwood Barracks, a group of solemn sandstone buildings built in the 1840s.

The museum charts Lancashire’s involvement in wars going back to the end of the 17th century and is overflowing with banners, medals, weapons, instruments and curiosities.

The Waterloo Room holds the Salamanca Eagle, which is listed by the Home Office as a British National Treasure. This highly symbolic gold standard was carried by the 22e Regiment de la Ligne and captured at the Battle of Salamanca on 22 July 1812.

The largest and oldest park in the city, Moor Park is north of Preston’s centre next to the Deepdale Stadium. It is claimed to be the first municipal park established in England’s nascent industrial towns in the 19th century. Previously this had been common land, a holdover from the Medieval Royal Forest of Fulwood.

Edward Milner was hired to redesign Moor Park in the 1860s, as a project to give employment to redundant spinners and weavers during Lancashire Cotton Famine. The park has a lake, the Serpentine, and an observatory, constructed in 1927 and now in the hands of the University of Central Lancashire.

Go for a wander along Moor Park Avenue on the south side of the park, traced by tall lime trees and next to some of the most coveted property in the city.

When the sun is out you couldn’t pick a finer place for a walk than Preston’s long rectangular dock in the Riversway area.

The dock was opened in 1892 by Alfred, Duke of Saxe-Coburg and Gotha, who was Victoria’s second son and soon to be Admiral of the Fleet in the Royal Navy.

At the time it was Europe’s largest single dock, at more than 900 metres long and 180 metres across. There’s an Odeon cinema on the east, while to the east is the Preston Marina and the Riversway Control Centre.

On a large patch of grass here is the 100-ton crane, erected in 1958 to remove the 19th-century lock gates for restoration.

A former quarry upriver on the floodplain of the Ribble has slowly been turned into a 250-acre nature reserve, made up of pools, woodland and reedbeds.

The reserve has three designated walking trails, partly over boardwalks and installed with hides where in summer you can sight sand martins and herons among the geese and swans. What makes the reserve stand out is its award-winning visitor village, which floats on a lake and is joined to the bank by wooden walkways.

In the village’s wooden hut-like houses, topped with solar panels, there’s a restaurant, shops, an exhibition space, activity rooms for schools and a conference centre.